Posted October 9, 2016 by Laurie under Feelings, The Basics

Well I felt that my blog needed a little update. A little something to tie people over for several more months until something exciting happens. I’d love to write more about life lessons that I’m learning from the whole career change, but I’m still learning them. And…. I’m not digging writing at the moment and I’m not liking my writing as well. Another thing is, I’m kind of a private person so I debate what I should say or not say and then the articles are just half finished for months. 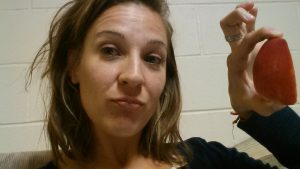 Me and an amazingly delicious apple.

So for the past several months I’ve been in Lincoln, Nebraska, teaching swimming (to kids and adults), doing odd jobs, making new crafts and digging my old artwork out. I’m prepping to join some local craft fairs to sell African art/crafts that I got over yonder and my own art and crafts. I’m also doing a lot of web work, some for clients, some for a new store that I’m going to be opening on the Laurie Goes to Africa website! I’m hanging out with the family and…. trying to not die of boredom and heart longing for Africa. Trying to not gain 100 pounds, trying to fight aging. 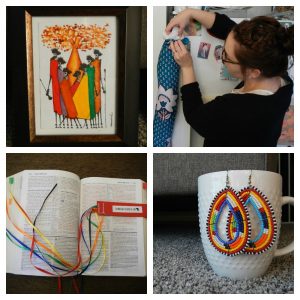 The truth is I’m madly, madly in love with Africa. I specifically am having day dreams of Kenya (Kilifi and Kisii to be exact) right now. I think a lot about Uganda and Liberia too. I’d even say that 70% of my day I’m thinking about Africa. I suppose I should be a little more present. There’s just no question that I was a million times happier in Africa. I long for it so much.

I loved so many things about Africa. The people I met, the way the air felt, the smells, the foods, the music, the architecture, the trees, the fruit, riding motorcycles with strangers and no helmets. I miss my smile. I have an African smile that’s better than all my other smiles. That was actually one of the most surprising things during my time there. When I looked at pictures of myself, my smile was just so different than it usually was in pictures. It wasn’t a “smile because we’re taking a picture” it was a real smile of a picture taken when I’m actually smiling. Now not every moment was great, I had some bad times here and there. But overall, it just felt SO GOOD.

Nebraska Highway. The corn’s been harvested.

I remember the emotions were so high when I was coming home. My last week in Africa was in Kisii, it was amazing and comfortable and happy. I went to Nairobi less than 24 hours before my flight. Stayed in a dirt cheap but good reviews on Trip Advisor hotel. I cared more about safety and saving money rather than cleanliness and that’s what I got. Not too bad, nice guys, central location, bed bugs. Bed bugs suck but at that point I was an expert and it was only one night. My goal was to get some crafts in downtown Nairobi. I hate wasting money on cabs so I walked it. Wasn’t too bad walking actually. I had my awesome hand drawn map that I copied out my Lonely Planet travel guide. I was scared of Nairobi at first, then realized I totally had it, walked all around the very downtown center of Nairobi for about 4 hours. Tried to get my last dawa (an amazing alcoholic beverage) but it was not as good as I had hoped for. I enjoyed my last mandazis (a cross between a roll and a donut) and went to this amazing craft market and got tons of awesome African crafts which I’m a SUCKER for. I was just thinking “these are my last days”. My last hours. I soaked it in. I soaked everything in. I’m sure I cried a bit but I don’t recall. I knew I had to come back. No question about it. I have to go back and I want to stay for as long as possible!!!!!

There are many less adventures in Nebraska. I’m driving around a lot. Watching Netflix and other tv shows while making crafts and organizing. I found that the Lincoln Nebraska Police Officers are super attractive. I’m learning Swahili using online tools and books. Ninasoma Kiswahli sasa. If anyone wants to be my tutor, contact me! 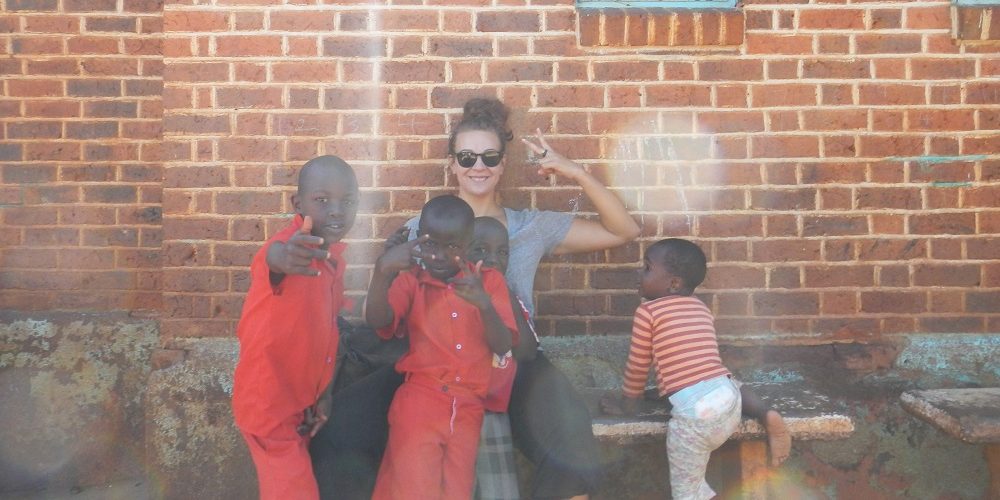 The kids of Kisii.

I don’t really know where I’ll go back to. I’m open to many places really, there’s still at least 5 more African countries I’d be super excited to see. But I do have some feelings for Kenya. I do for Uganda too but they don’t have an ocean. I also want to see the Kisii orphanage kids again in Kenya. There’s a lot of talk right now that it’s not good for Westerner’s to visit/volunteer at orphanages (that’s a whole other conversation). I can see the concern, but I’m SO glad for my time there and I’m going to do my damnedest to visit again!

So right now it’s 43 deg F, 6 deg C. That’s too cold! But it’s just the start of it. We will probably experience temperatures down to -10 deg F, -23 C. That’s just wrong. I don’t want do winter! My hands get so cold even in the fall. Thats’s another reason I love sub-Saharan Africa – doesn’t get too cold. I can’t want to experience a full dry and full rainy season in one place. I experienced a little bit of both but not enough to say I really “went through it”. I look forward to it. 🙂 I will be probably be buying mud boots and I’ll definitely be taking a good umbrella and rain coat. I experienced enough of the rainy season to know that.

Thanks for reading! Stay tuned for other thrilling (or less than thrilling) adventures. And keep your eyes open for my shop! I highly suggest you like me on Facebook at Laurie Goes to Africa to see cool posts about my adventures, the lessons I’m learning and Afircan related coolness.

What My Messy Hair Means to Me