In Western Kenya I taught Life Skills Education to 500 high school students. I think that was the most difficult month of my life.

I never heard of Life Skills Education until I came to Otaro. I’m a huge fan now and very interested in exploring this path more with Laurie Goes to Africa.

Below are the Life Skills as laid out by the Kenyan Ministry of Education:

The skills of knowing and living with one’s self:

The skills of knowing, living and working with others:

So those are awesome important things that every kid, (and grown up!) all over the world should know about. At the school I was at, this was considered a throw away class and often wasn’t taught consistently or at all. I’m sure this is the case in other places too (Kenya is not the only African country that has Life Skills Education). That’s too bad! I told my students that it’s the most important class. That in your future you may not be dissecting goats or rolling balls down ramps but you’re going to be living and you’ll be much better to have these skills in your life! 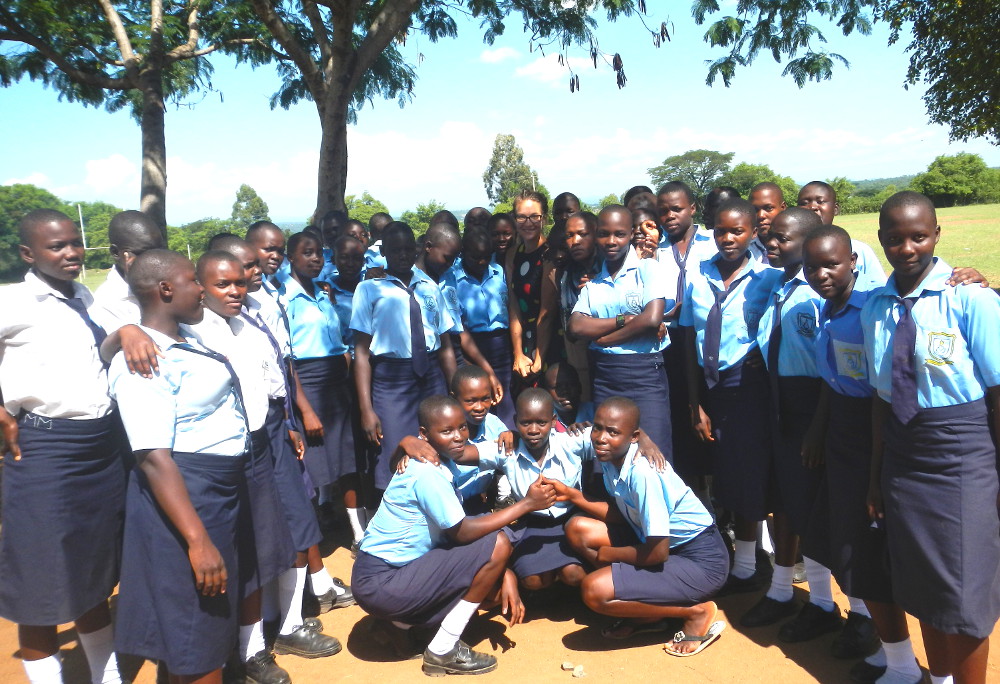 I call Otaro, the village between Kendu Bay and Homa Bay, the desert. Literally and geologically I don’t think this would qualify as a desert but maybe it would qualify as a semi-arid place. The ground was mostly rocky, very little foliage (and they told me all the foliage turns brown in the dry season, I was there in the rainy season). The ground water is salty (which I never even knew could be the case before), many of the plant species are thorny and there is nearby volcanic land forms. The land wasn’t just the desert part for me, but I actually really struggled to feel like myself here. I felt negative spiritual forces try to break me every single day.

The village was very hard for me. Physically, mentally, socially, spiritually and especially psychologically. My confidence and self-esteem were struggling to stay afloat. I often found myself drowning in negative thinking and constantly battling to not have a mental breakdown. Meanwhile, I’m teaching 500 students about how to be confident and positive and I needed the teaching myself! 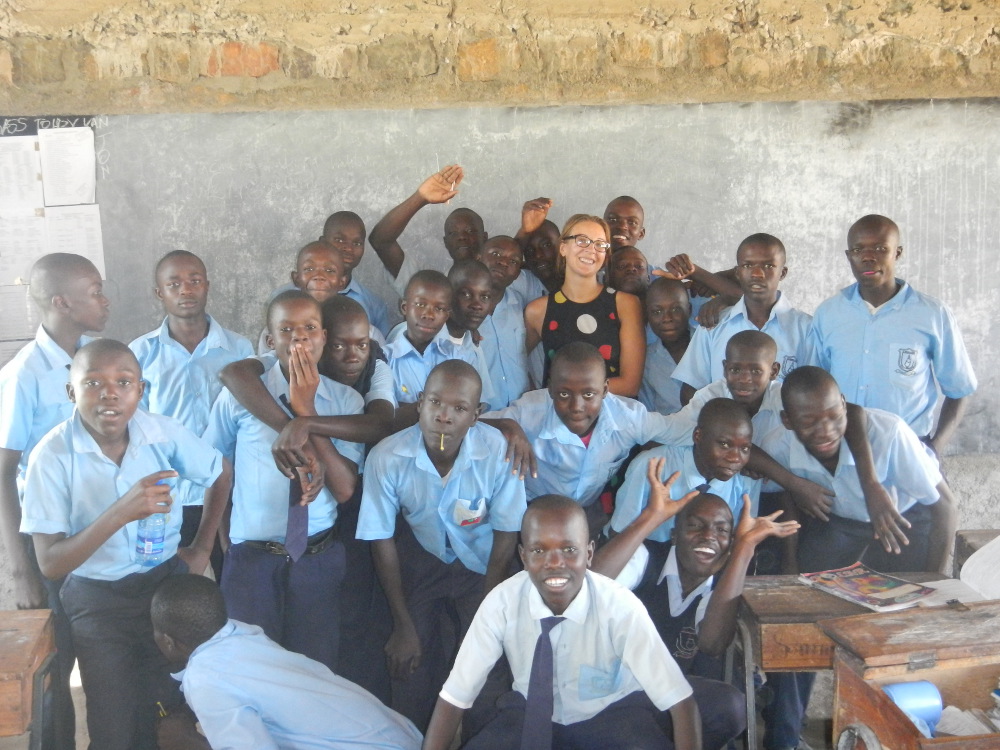 Be confident. You can do it.

I certainly don’t want to speak negatively about the people or the place but truly it was not an easy place for me.

Me as My Own Enemy

In living in an environment where you’re isolated and not exactly welcomed in a social or supportive way, it can be easy and dangerous to drown in your own thoughts. I found myself struggling hour by hour to try to keep my head above negative thoughts. I was thinking negatively about the culture, the land, behaviors (my own and others’) and often was beating myself up. At the same time I was teaching these adolescents about self-esteem and self-confidence, I was just barely hanging on to my own. In fact, often I felt like a fraud. Which made me feel even worse. 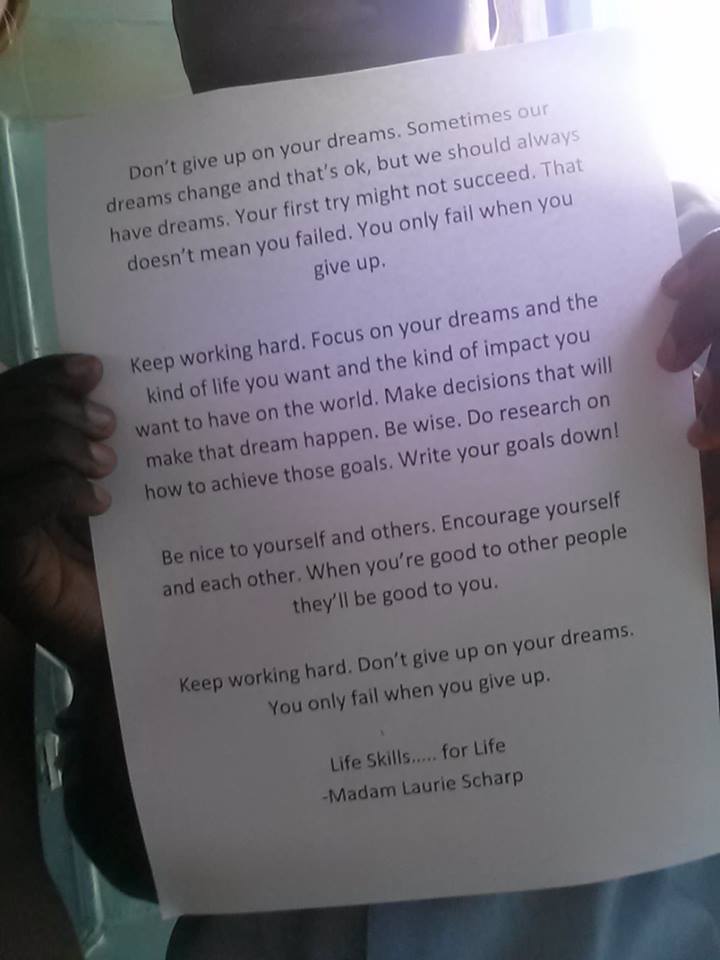 My Life Skills poem I left my students with.

I wanted to teach the students about honesty and being real, so at one point, in a class where I was really struggling to keep it together emotionally, I just opened up to about 50 girls about my struggle there. My struggle with the culture, the environment and my own emotions. Initially, I feared that this might make me look weak or unfit to teach the subject, but I pray and hope that I showed the girls that it’s good to be open and honest with your struggles, because WE ALL HAVE STRUGGLES and it helps IMMENSELY to have support from others. Many of the girls were empathetic with me and reached out to me afterwards to help make me feel better and also shared some of their own issues.

I still battle self-confidence issues. I told the students that that’s Satan that’s trying to creep up and tell you that you’re no good. And I think that is the case. We must remain positive and faithful, because as I told my students:
“What are we going to do? Sit around and be miserable, feel sorry for ourselves and not do anything? No! We must power on and keep our heads high and continue to be who we want to be and who God wants us to be.”

I’ve always felt that prayers can change things. I have for years prayed for myself and lightly for others. Usually I’m not begging everyone I know who prays for prayers. However, I was when I was in Otaro. I was feeling such a strong, deep and dark oppressive depression trying to make me hate myself and others.

As a Christian, and very much believing in the power of prayer, I reached out to many of my praying friends begging for prayers while I was there. It was SUCH a hard place and I often found myself drowning in negative thinking. Honestly, the prayers helped me so much that I felt that I could feel if people were praying or not. The hours when America was sleeping was the hardest for me! Isn’t that crazy? Things would turn around most days right about the time that the East Coast and the Central Time Zone were waking up. The couple days after I asked from prayers were the best and if I gave an update to my prayer group like “Thanks guys, things are going so much better the past couple days!” then the praying dropped off (presumably) and things got rough again so I quit giving updates like that and just thanked God on my own.

The prayers helped to encourage me several times a day in quite rewarding ways, but it was still a battle to not just freak out and give up.

That was a hard place. I survived. I don’t think I came away with any diseases or lasting issues. I got to learn about the power of prayer from others, life skills and the beauty and potential of 500 adolescents living in the desert.

Kisii and the Orphanage

You probably learned as much or more than the kids. I don’t think that is a bad thing. Good for you hanging in there. This is a good life story.

Thank you for your support! I think you’re right about me learning more, even if it was super hard!

Wow, your testimony is awesome! Please come here and teach it to our church :). Your thoughts on prayers took it from the realm of the metaphysical to the nuts and bolts of daily living – I think that is what it is supposed to do. I love you Laurie!!! Thanks for your faith in action!

Thanks Bruce! I’d love to teach many of the things I learned there! I will keep it in mind. 🙂 Thanks so much for your prayers and support over the years!